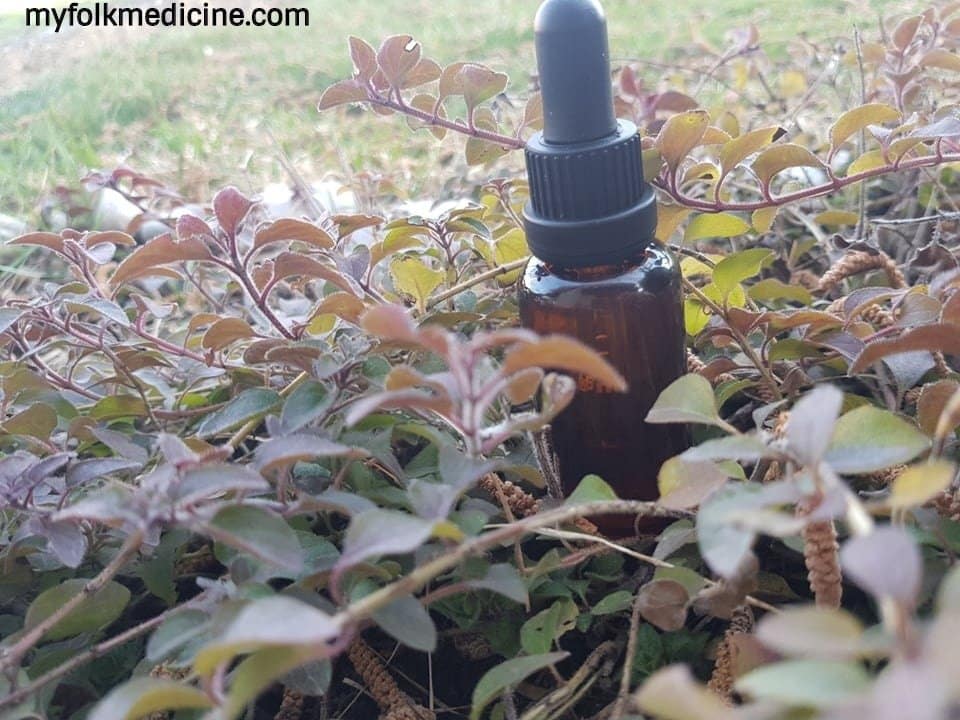 Oregano oil is made from the oregano plant that I wrote about in a previous blog post. The useful ingredients of it are more concentrated in oil than tea or spice.

In folk medicine, it has been used for the cold and flu due to its positive effect on the respiratory system.

There are 3 types of oil, and the use depends on what it is intended for. It could be used for inhalation, aromatherapy, topically, and as a supplement.

Generally, this oil is safe to use, but you should be aware of a few precautions.

There are 3 types of oregano oil that have different uses and benefits:

When purchasing oil, read the contents carefully and what they are intended for. The Latin name of oregano is Origanum vulgare, so look for products to have that name in their ingredient declaration.

Oregano helps fight bacteria, viral illnesses like flu, fungal diseases such as candidiasis, inflammation, arthritis, wounds, and other health problems that I will explain in more detail below.

Oregano Oil Can Treat the Cold and Flu

As I said earlier, oregano oil in folk medicine has been used for colds and diseases of the respiratory system. Based on this, scientific studies have been done to prove this effect.

They concluded that carvacrol contained in oregano is a key ingredient in fighting viruses and diseases of the respiratory system.

In fact, studies have shown that oregano oil does have a positive effect on flu, colds, and sore throat as people have thought it to in the past. Here are some of the studies that have been done on this topic.

This study’s subject is the antiviral activity of oregano essential oil against viruses in humans and animals.

They found that the essential oil from leaves gives better effects than oil of the root and stem of the plant. Also, the study showed that oregano is effective in treating viruses in both humans and animals.

A study investigating the antioxidant activities of essential oregano oil also showed that the leaves are rich in antioxidants unlike other parts of the plant. As a result of these antioxidants, this oil has a positive effect in the fight against colds, respiratory disorders, and flu.

How aromatic herbs like oregano act on infections as for example sore throat is the subject of this study.

The treatment group saw improvement in symptoms of sore throat and cough 20 minutes after the application.

This study requires further research, as the symptoms are likely to recede naturally within 3 days. During the study, the difference in symptoms of the treated and untreated group decreased after the third day.

Oregano oil can help reduce acute pain such as sore throat or body aches which are also flu and cold symptoms. This study shows that oregano with its analgesic effect reduces pain in mice, but more research is needed for humans.

It Is Effective in Treating Fungal Infections Like Candida

The Candida is constantly present in our body. This type of yeast fungus causes a problem if it starts to grow uncontrollably.

In fact, Candida can cause infections of the oral thrush, skin infections, infected fingernails or toenails, yeast infections, athlete’s foot, and vaginal infections.

Oregano oil can help maintain normality or reduce Candida in the human body. This is the result of this study. A major factor in the effectiveness of oil against Candida is the thymol it contains.

These are limited studies that require further research.

Certain types of bacteria occur naturally in the body. The problem arises when their numbers start to grow uncontrollably.

The results of the study show that oregano oil is effective in fighting this and other bacteria, preventing further infections.

The consumption or application of this oil topically allows the use of its antibacterial effects.

Interestingly, oregano essential oil is effective against bacteria that are resistant to antibiotics.

The study that shows this used oregano oil in combination with silver nanoparticles and this compound effectively killed the bacteria.

They are treated with antibiotics, but the interest in alternative natural treatment is growing. For this reason, a study has also been done on how oregano essential oil acts on chronic bacteria due to its antibacterial properties.

The results are promising. The thymol and carvacrol contained in the oil are effective in the treatment of these bacteria.

Further research is needed here on how these two constituents will respond separately.

It is already well known that carvacrol is an ingredient in oregano oil that has anti-inflammatory properties. It makes this oil effective in treating inflammation.

The anti-inflammatory properties of oregano essential oil and its potential use for pharmaceutical purposes have been a subject to this study.

In previous studies, carvacrol has been shown to be effective in reducing swelling and reducing obesity by affecting the genes involved in inflammation.

When it comes to inflammation, there is a study in which a mix of oregano and thyme oil has been shown to be effective in the treatment of colitis. Colitis is a type of bowel disease.

This study was done on animals and the combination of these two essential oils significantly reduced inflammation.

Studies of how this mix works in humans have not been done yet.

A study in animals showed that oregano can relieve pain.

This study used oregano-based water extract, not oil. How much the pain was reduced depends on the amount of extract taken.

An oil-based extract may not show the same result. For people, further research is needed to determine the amount that will effectively reduce the pain.

In previous studies, oregano oil also has been shown to effectively prevent prostate and lung cancer cells from growing.

These studies are only preliminary and require further research. Don’t miss out on standard cancer therapy.

Essential oregano oil similar to the thyme can repel insects.

The ingredients thymol and carvacrol have been studied in both animals and humans. They have shown efficacy in repelling mosquitoes and flies.

In fact, rubbing oil between your hands can be a really effective insect repellent.

Of course, diluted oil should be used because the essential oil by itself is very strong and can cause skin damage and wounds.

It Is an Aid for Losing Weight

Carvacrol, one of the main constituents of oregano, obstructs the process of fat tissue accumulation, shows this research.

You can consume it in the form of supplements or as oil in the amount prescribed on the product for that purpose.

How to Dose and Use Oregano Oil?

There are several ways to use oregano oil:

If you buy a finished product from any of the above forms of oregano oil, follow the dosage and method of administration as prescribed. Each product uses different ingredients, so it is important to use them according to their instructions. Also, pay attention to its composition and quality.

If you use home-made oil, be careful with the dosage. As mentioned above, do not apply or consume undiluted oregano oil. Take a 1-week break after 3 weeks of use. This is a strong oil, so start with smaller amounts and if you don’t feel any side effects, increase it slowly to the amount you feel comfortable with. But don’t overdo it.

Oregano in the form of oil is much more concentrated than the spice used in cooking or tea. That is why it is important to know the dosage and how it is used.

It is not yet a scientifically standardized dosage for how much oil to use. This applies to home-made too. The purchased oil contains instructions on how to use it. Stick to it.

The thymol contained in oregano is one of the main reasons that large doses can be harmful. At high doses, it can irritate the skin and organs and can cause gastric distress, nausea, central hyperactivity, vomiting.

Oregano oil can be irritating even to people who are not allergic to it. Therefore, it should be avoided to be applied around the eyes.

There is still no research or evidence of how oregano oil works in nursing mothers, children, and pregnant women. It may cause complications in pregnancy, so consult a doctor or a pediatrician before you start using it.

If you are unsure about the dosage or method of use, or if you are taking oregano oil at all, also consult a doctor.

If you have bleeding disorders, do not use the oil and consult a doctor. Stop using oil 2 weeks before a scheduled surgery because it increases the bleeding.

It increases blood sugar, so be careful if you are diabetic.

Oregano oil is much more concentrated than tea and spice. This means it is more efficient, but it needs to be used with more caution too.

There are many benefits to human health from consuming oregano oil. It is used for influenza, as antibacterial, anti-inflammatory treatment, for fungal infections, wound healing, weight loss, candida, etc.

It can be used in the form of dissolved oil, essential oil, tincture, capsules.

Make sure that you are not allergic to plants of the same family. Pregnant women and breastfeeding mothers should avoid using it without consulting a doctor.

If you are interested you can read about the benefits of oregano tea.

Chamomile Tea Benefits and Side Effects