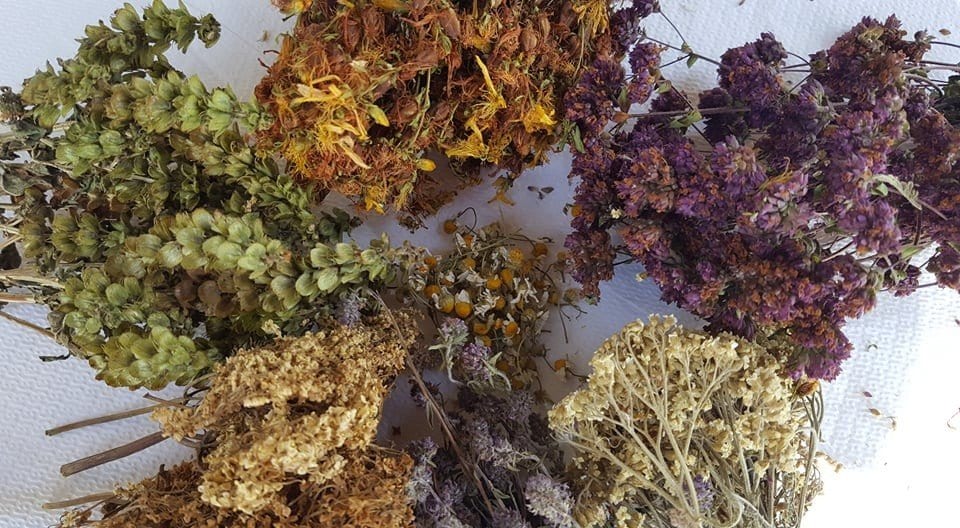 Тhe history of knowing medicinal herbs overlaps with the history of medicine and pharmacy. Тhey are an integral part of many pharmaceutical products. White poppy, for example, a plant that grows in my country, is used for producing morphine.

Even nowadays, despite the powerful and advanced pharmaceutical industry, traditional medicine is used not only in underdeveloped countries, but also in the developed world. Especially in the past two decades, after the Internet became a thing.

What Is Folk Medicine?

Traditional, or folk medicine is the first medicine of mankind. It’s use is simple, as it includes using mostly herbs and other parts of nature for healing. It is passed down from generation to generation and is the foundation of today’s medicine and pharmacy.

Folk medicine is part of the cultural heritage of every nation.

Side note: phytotherapy is the science that studies medical herbs based on traditional knowledge and is part of Pharmacology.

Тhe first uses of medicinal herbs for treatment were probably instinctive, similar to the instinct animals have. Еxperimenting with different herbs, observing the first domesticated animals and what they eat and what is poisonous lead people to gain practical knowledge of the medicinal properties of those herbs.

Оn that knowledge science just added more, and after a long time of developing, we have today’s medicine.

At first, treatments with herbs were kept in the family circle as big secret and told from generation to generation.

First written records for the use of herbs as medicine are found among the first cultural people in South Asia and Northeast Africa.

The Chinese are the oldest cultural nation and they have records of the use of herbs for medicine before everyone else. Тhat was about 3000 years before our era, and some of the remedies known to them, such as cinnamon, are still used in medicine to this day.

India was a country that exported spices and herbs all over the world for centuries. That makes it a country with the largest number and types of medicinal herbs. Еven today, Indian pharmacopоeia has many medicines, including one that has not been researched by modern scientific methods.

Тhe Indian priests were the first doctors and pharmacists. Тhe administration of drugs was followed by religious secrets, magic spells, and rituals.

Egypt began importing herbs from India and thereby expanding the knowledge of their benefits. The earliest records of these drugs date back to 1500 BC, and various herbs have been found in ancient Egyptian tombs. Тhe ancient Egyptians had a great influence on herbal medicine.

Latest research shows that the Egyptian pyramids were built thanks to the daily consumption of medicinal herbs. Without them, contagious diseases would take many workers’ lives during the construction of the pyramids because of the primitive conditions without basic hygiene needs in which they worked.

Аmong the Jews, there was still a belief that prayer was the most important thing in healing. They kept the medico-pharmaceutical skills in the temples.

The Phoenicians were the best traders at the time. When trading in herbs, they told various stories such as winged snakes guarding the place where the pepper grows, so it is difficult to access (and therefore expensive.) They didn’t use these herbs for themselves a lot though.

Up until this point, we can call the period to be religious.

However, during the Greeks and Romans (around 500 years BC,) pharmacy was gradually freed from religion and mysticism, becoming more experimental. They are mention of castor oil for the first time, which serves not as a medicine but as fuel. Hippocrates is the most famous ancient Greek physician. His works have great historical value in that field. Today, all doctors take the Hippocratic oath, named in this ancient Greek physician’s honor.

In general, it seems that the medicine of the primitive people appreciates first and foremost the potent (strong drugs), e.g. those whose effects are quick and very evidently observed and exert an irresistible force on all organs of the patient.

The Alexandrian school made great progress in medicine from the 4th century until the advent of the Romans, followed by stagnation. But after some time, the sciences began to blossom again until the 7th century when the Arabs conquered Egypt.

An enormous library of over 2 000 000 books on medicines and herbs was existing at the time. This was the library of Alexandria, the same that was burned by the Romans.

Until the conquest of the Territories, the Romans were a small and poor state and used a modest and small number of materials for their medicine from local areas. When they started to war and conquer, they met Greek medicine, Egypt and the ancient peoples of Asia who had much more advanced knowledge of the benefits of herbs. The most famous Roman physician and pharmacist is Galen or Galijen (131-200 AD,) the father of practical Galen’s pharmacy.

Herbal Medicine in the Middle Ages

The collapse of Roman power and empire and the arrival of the barbarians brought about major changes and setbacks in all fields including herbal healing. Consequently, medicine retreated to the monasteries. Superstition, darkness, and ignorance dominated the world. Reading classic works was strictly forbidden. Byzantium tried to save something, but with no visible success. The sick people believed that they would be saved by a miracle. Mysticism overcame all social strata.

The healing and making of these medicines was increasingly being withdrawn in the monasteries. The basic therapy consisted of 16 sacred herbs that the nuns grew in the gardens.

The value of the herb did not depend on its healing properties, but on whether it was harvested with a left hand, at midnight, on a certain day, and when it was harvested, was there a silence of singing a particular song, etc.

The first medical school was established during Carl the Great (742-814) and began to develop and flourish only after Arabic books and prescriptions were adopted. This school has produced many well-known books in which medicinal herbs play a major role. The Benedictines, who preserved, the Greco-Roman tradition resulted in large botanical gardens.

After the crusades, there is an influx of remedies from the east, and progress is beginning to be made in Europe.

At that time, in some countries, there was a division between pharmacies (who manufactured and sold medicines) and herbs and spice shops. Pharmacists wanted independence and to be more valued in the social community than ordinary traders because they needed to know Latin, read recipes, and so on.

The Arabs have greatly advanced many sciences including medicine and pharmacy. The greatest merit is that they have added chemistry to the pharmacognosy, and thus have given the entire pharmacy a scientific direction. Thanks to this, pharmacy is becoming an experimental science. They have introduced many new drugs mainly from the east.

Geber (700-765) beats the foundations of chemistry and alchemy. Throughout the Middle Ages, European doctors have used information from the most famous Arabic works

While Christian Europe was shrouded in darkness and ignorance, the Arabs preserved many works of the Greeks and Romans and thereby made great progress in science.

Herbal Medicine in The New Century

The famous Venetian Marco Polo (1254-1324) traveled to Asia, Persia, China. Vasco De Gama travels to India. A number of new drugs have been brought from these trips to Europe. The beginning of the 6th century represents a turning point and a step forward in medical treatment.

Not all drugs that were brought to Europe during this period were used for the same reasons as today. This was an empty period until the 19th century when were doing scientifically experimental experiments on animals, and after that, on humans. Medicines were chemically tested and the only useful ingredients began to be separated.

The ancient people used simple pharmaceutical forms, while from the sixteenth to the eighteenth century, more complex forms of medicines containing ingredients of animal origin and minerals were beginning to be sought after.

The rest of history is more a part of the history of pharmacy than of folk medicine.

Unfortunately, today more attention is paid to the chemistry of drugs than to the natural from which they originate.

The elixir of life, the universal elixir, or the stone of the sage, the cure for everything, also called the philosopher’s stone was sought by alchemists to this day, but to no avail.

You may be intrested in:

The Health Benefits of Nigella Sativa and Black Seed Oil